Another thing this build excels at is killing scattered low level mobs for Nick items that would take longer to farm on a Monk or Elementalist.

The optimal level for farming Charr is 19 (if you have the /bonus item Igenous Summoning Stone), and 20 for everything else (although other farms can be done at a much lower level albeit slower). 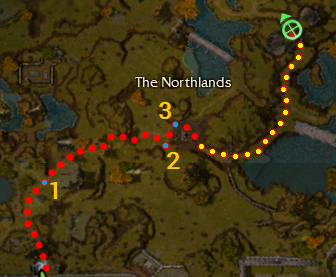